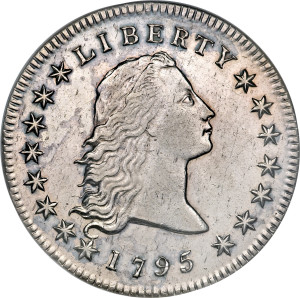 Collecting coins is a fun past time which people of all ages can enjoy. Valuable, old and rare coins are often passed down through the family and treasured not only for their sentimentality but also their value, which is something to take into account when managing your money and planning for the financial future. The latest news in the coin collecting world is the release of the 2013 Royal Baby coin. Any children who were born on the same day as the new prince will receive a free silver penny. The coin, made by the Royal Mint, will be presented in a blue or a pink pouch and is engraved with ‘2013’ to commemorate the third heir to the throne’s birth date.

If you often spend your free time visiting museums to admire the coins on display or researching the history of coins online, then now is your chance to learn more about rare and precious coins.

Here are three of the world’s most valuable coins.

The Flowing Hair Dollar was the very first dollar to be issued by the US Federal Government The coin – which sold for $7.85m – was minted in 1794 and 1795. Its size and weight are very similar to a Spanish dollar which at the time was very popular in trade throughout the Americas.

There are only three of these medieval and very rare coins left in the world. The Edward III coin was in circulation in 1343 and was sold for a staggering $6.8m. 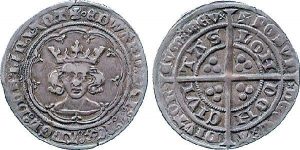 The 1804 Silver Dollar is also one of the world’s most valuable coins. Worth $4.14m, this dollar is divided into three different classes. Out of the 15 specimens still remaining eight are categorised as Class I because they were minted in 1834. These Class I coins have been traced back to the King of Siam and the Sultan of Muscat. One of the remaining coins is ranked as Class II and the other six were minted somewhere between 1858 and 1860 making them a Class III.